The RCU Foundation is excited to announce that even with our Rock the Riverfront run/walk being held virtually, the annual Rock Hunt sponsored by Market & Johnson is going ahead as planned with a new name.  Since a Youth Rock Hunt was added this year we are renaming our rock hunt the Classic Rock Hunt.  The fun begins on Monday, June 20, 2022 and as usual, the Rock could be hidden in any of the counties where our partner charities are located! The first person to find the Classic Rock Hunt rock will be awarded the $500 prize. Find all the official rules here.

The Rock Hunt has been part of Rock the Riverfront since 2017. Rock the Riverfront featuring the Charity Classic will be a virtual race this year, with 10K and 2 mile run/walk and youth run/walk options that can be completed on the course of your choice. Proceeds from Rock the Riverfront go to three partner charities: The Heyde Center for the Arts in Chippewa Falls, Chippewa Valley Theatre Guild in Eau Claire, and Northern Star Theatre Company in Rice Lake. 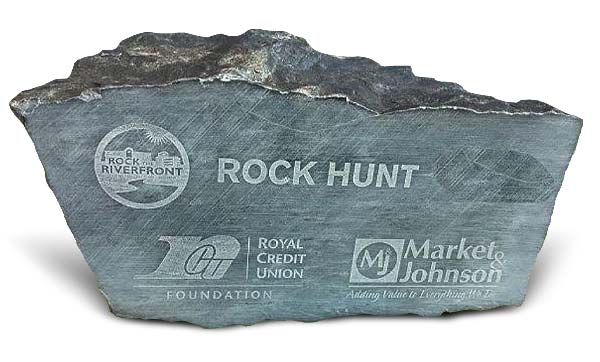 Royal is back in person with our signature Test Drive® Reality Fair events!

Over 400 students participated in the simulation that gave them a chance to “Test Drive” their desired futures as an adult.

Royal Credit Union will host shred events at several Royal offices during the month of May.