EAU CLAIRE, Wis. – Royal Credit Union team member Melissa Janssen has been appointed to serve as a young professional advisor to the Wisconsin Credit Union League (The League) Board of Directors. There are two non-voting young professional advisor positions on the Board. The League is the dues-supported trade association for Wisconsin's credit unions--not-for-profit financial institutions that are cooperatively owned by their more than 3.4 million Members. Janssen will serve a three-year term. 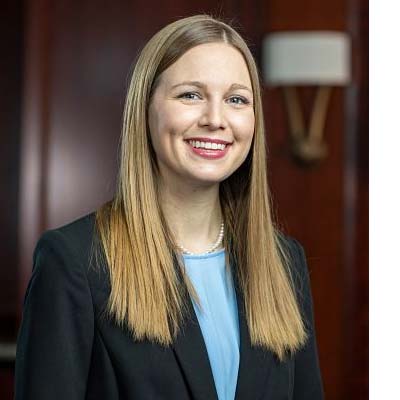 The League's Board guides the direction the association takes on behalf of Wisconsin's credit unions and their Members. The Board meets quarterly and represents the interests of over 120 Wisconsin credit unions. Promoting the credit union difference through advocacy, education, and public service are The League’s primary focus areas.

“I am honored to serve as a young professional advisor to The League Board of Directors,” said Melissa Janssen, Royal Credit Union Program Director of Community Relations. “I look forward to giving young professionals a voice at the table as we work together to tell the credit union story and continue to make a positive impact in the lives of our Members.

Janssen joined Royal Credit Union in 2016 and was named Program Director of Community Relations in January of this year. She previously held roles in community financial education. Janssen has served on The League YP Advisory Board since 2018. She is also an active member of Royal’s YP organization, serving as its president in 2020. In addition, Janssen is a local elected official. She is currently serving her second term on the Eau Claire County Board of Supervisors as the District 25 representative.

For the 7th consecutive year, Royal partnered with YMCA of the North to share financial education lessons with kids in grades K-8 at 18 different YMCA locations across Wisconsin and Minnesota